Stretch your people; they will reward you for it

When I worked for IBM in the late 1970’s and early 1980’s, I learned a very valuable management lesson from two entirely different sources. The first source was from my IBM SE Manager. He was teaching me about an important management principle although he didn’t tell me.

The second source was from a client. In fact it was the client who bought my first system sale after I became a Marketing Representative. These two managers were very different with little in common other than they knew a thing or two about managing employees.

I was being stretched and didn’t know it
As an IBM rookie Systems Engineer (SE) in 1977, my manager assigned me to a geographic territory and aligned me with a senior salesman. It was exciting times, the era of the mini-computer when small  and mid-size companies were purchasing their first business computer.

The salesman I was partnered with had his best year in 1977. I didn’t realize it at the time but my manager decided to let me install most of the systems that were sold in our territory unless either the senior salesman or I raised our hand and asked for help. I was being stretched, but I had no clue that this was what was happening.

I didn’t really think about asking for help so I worked extra hours to take care of the business that was put in front of me when we sold new systems in our territory. It just seemed to me that it was what I was supposed to do. 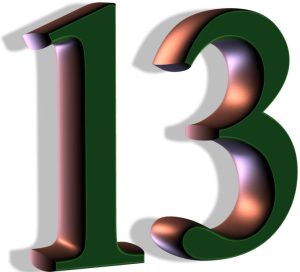 By the end of the year, I had installed thirteen new systems in five different industries while supporting over thirty other clients in a geographic territory of some 5,400 square miles. It was the most new installs ever by an SE in that office by far; not something a new rookie SE is supposed to do.

It was a real win-win. “How so?”, you might ask, , , especially for me when I ended up working so many extra hours.

The win for the manager is fairly obvious. Instead of throwing more resource into my territory to help in supporting existing clients or installing the new ones, the manager was able to deploy his resources to other situations of need.  In other words, he was able to leverage his staff.

The win for me was that I was recognized in our January Kickoff meeting with a Regional Manager’s Award and $1,000. It was a great win for me, believe me.

Expect more and you will get more

The second example I learned at IBM was more direct. When I became a Marketing Representative, my first sale was with a small Termite Pest Control Company.

This company had approximately thirty trucks and technicians supporting a fairly large geography. As we discussed the benefits of having a computer system, the main benefit the Owner wanted was to be able to leverage his staff.

He articulated the need this way: “When I send a unit to Vicksburg, some 60 miles away, I want to give my technician a list of ten to twelve jobs to take care of rather than six or seven. While he is there doing a major service, I want him to have a list of several other annual inspections that are coming up. If I give him only four jobs and he completes them by noon, he will goof off until he needs to return so he arrives back here at the end of the day. If I give him twelve jobs, he may not be able to complete all twelve jobs; but he will probably compete eight or nine of them. What this does for us is to improve our productivity quite a bit. The other thing is that it benefits my employee because we pay a monthly bonus when they achieve certain objectives. Having the information that helps me leverage my technician’s time allows them to make more money and our company to be much more productive. We both win.”

I was pretty young at the time, but I’ll never forget this concept and seeing what it did for the Termite Company business. He was able to grow without adding as many people as he would have taken prior to being able to leverage his employee time.

Remember this because it’s a real issue in that people will always find ways to fill their time. If you do not have productive objectives in front of them, they will fill the time with something, but it probably won’t be activity that contributes to the success of your organization or company.

The Termite Company owner focused his employees on specific jobs by providing them access to information. Remember, this was back before spreadsheets and laptops were available; all you had was a handwritten list.

In the other case, my IBM manager allowed me to rise to the need. In both cases, the manager got more from his employee by stretching their expectation.

Employees are actually eager to do more, especially if it’s a win-win. It’s not taking advantage of an employee when you give them more to do and that stretches their capability; it actually helps them grow. Sure, there are limits to assigning more responsibility so be realistic when you do and monitor the situation so you aren’t abusing your employee.

In my IBM situation, I would have seen it as a negative if my manager had thrown more resources into our territory. I wanted to take on the responsibility; the challenge motivated me.

Take a look at your situation and determine if you are stretching your employees. You will find that employees who have a lot to do tend to be happier employees.

One response to “Stretch your people; they will reward you for it”