We have a major snow here today and when that happens in these parts, lots of things come to a standstill.

Here are a couple of photos from my house. 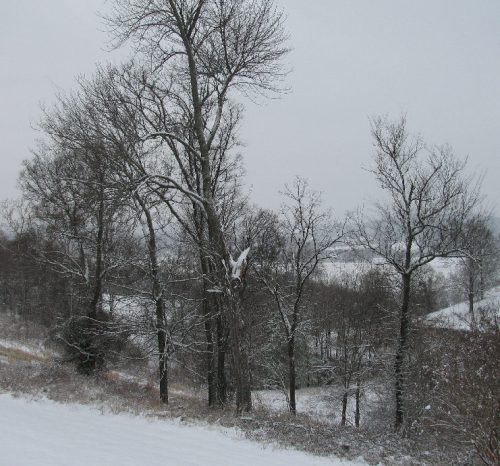 You probably can’t see it in the top photo, but there is a car stuck on the road because it can’t get up the hill. The county Department of Transportation has been working for 30 minutes trying to get them going but they aren’t making much progress from the looks of things. For us, we will stay in today.

Last night the storm hit Atlanta and having lived there for 20 years I know what kind of headache snow and ice can create for your IT department. Hearing about it brought back some “not so fond” memories.

It’s not a big deal if everyone can get to work but when people can’t get out of their hilly neighborhoods because of snow and ice, , , you better have a special support strategy for “snow day”.

The problem in Atlanta and here in middle Tennessee is that we don’t have snow tires, studded tires, snow chains, , , the types of things you need to get around when the roads are covered with ice and snow.

The Department of Transportation does a good job of clearing the main roads, but it’s the neighborhood streets that cause the problems.

It’s nice when it is just snow, but most of our conditions begin with rain, turn to ice, and then snow. What this creates is a nice layer of ice on bottom that makes driving conditions extremely difficult.

We always hear what you “Northerners” say when you hear about Atlanta coming to a standstill, , , “Those Southern people just can’t drive in the snow.” Well, all I can say to that is, “You need to come and give it a try with no snow tires and lots of ice in hilly neighborhoods.” I believe you will understand the issue quickly.

Back to my point. In Atlanta, I always had a “snow day” escalation procedure to notify all our remote business units of the impending difficulties we were expecting in the Atlanta office when we knew snow was coming, , , after all, it’s still warm and sunny in Miami. The communication explained we would be working with minimal on-site resources when the storm hits us, , , and maybe for a few days until it melts off the neighborhood streets.

Today, it is easier to work from home, , , a good thing; but there are some jobs that must be done on-site and in the office. For this reason, you need to develop a “minimal support plan” that spells out what you can do and how your team will respond to issues during the bad weather timeframe.

Your clients will understand and appreciate it, , , well, all but that one irritable client from Michigan who thinks Southerners can’t drive in the snow. 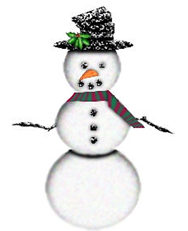 Before I leave this, let me explain why Atlanta gets so paranoid when a snow storm is headed their way. In 1982, there was a big ice and snow storm that hit the entire Southeastern United States. It literally caused people in Atlanta to be stranded in hotels, in their offices, or in local homes or shopping malls where they sought refuge for 3 days because it was impossible to get home by car. Truly impossible.

Hotels ran out of food, , , company vending machines were emptied, , , people slept on office desks and in chairs, , , even in hotel lobbies.

I was lucky because I didn’t live in Atlanta at that time, but a business colleague and I were trying to make a flight connection from Philadelphia to our home in Jackson, Mississippi. All the Atlanta airport hotels were booked solid so it looked like we were stuck in the airport. 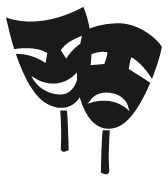 Fortunately, we learned one flight to New Orleans was going to get out. We decided to take it because we knew it wouldn’t be snowing there, , , and worst case, we could take the train to Jackson and get back home if we couldn’t fly into the airport. Jackson airport was also closed due to the heavy snow.

All ended well for us even though it took us two more days to get home. New Orleans is a fun place to spend a weekend and much better than being stranded in any airport I’ve ever been in.

The point to my message, , ,  identify where your weak areas are and develop a support plan to address them ahead of time, , , your clients need you to, and your employees will appreciate your leadership.

One response to “Snow day”