Keegan Bradley’s example for all IT managers 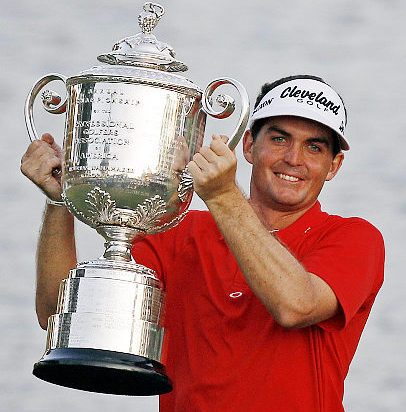 You probably have never heard of Keegan Bradley before unless you keep up with golf. Keegan is a rookie on the PGA Tour and he just won one of the four major golf championships this past weekend – the PGA Golf Championship.

What’s more amazing is how he won, , , and it is a great lesson for IT managers.

You see, rookies are supposed to choke on the last day of a major, , , they tend to shoot 75 to 80 on the most pressure packed day of their life when they get into contention on the final day of a major championship. It is exactly what he did the week before at the Firestone tournament.

Not only was he a rookie on tour, , , this was Keegan’s first major golf tournament. This alone made him a most unlikely candidate.

The final four holes of Atlanta Athletic Club were touted as maybe the toughest finishing holes in tournament golf, , , ever. Water on three of the four holes with essentially no bail-out options and all very, , , very long holes. Only a few players had played these holes even or under par for the first three days.

Keegan hits a tee shot to what looks like a good safe spot on this treacherous par-3 hole with water to the right of the green. He is just off the green to the left with a downhill chip and it sits deep in the thick Bermuda grass, , , a tough shot.

His chip goes racing across the green and into the water. The net result is he takes a whopping triple bogey 6 and falls five shots behind the leader, Jason Dufner, who is in the group behind him, , , with only three holes to play.

Most believed he had just blown the tournament with one unlucky chip shot.

Not to be, , , Keegan birdies the next two holes while the leader goes bogey, bogey, bogey, , , he picks up five shots in essentially three holes and then wins in a dramatic three-hole playoff.

The lesson, , , don’t give up when disaster strikes. Buckle down and play hard. As Yogi Berra used to put it, “It ain’t over ’til it’s over.”

The PGA Championship this weekend was a great lesson about persevering and getting positive results when you remain focused to the task at hand.

Like Loading...
This entry was posted in IT Manager Tips and tagged keegan bradley, miracle win, perseverance, persevere, stay focused. Bookmark the permalink.