Last week, I held the 51st IT Manager Institute in Norcross, GA, , , just north of Atlanta and next to Roswell, GA where I lived for 20 years.

Samuel and Georgette – IT Manager Institute #51

The 51st class was small. We had 4 students drop out the week before the class due to vacation, project commitments, , , or in the case of one student from Venezuela who had difficulties in coordinating the trip. Fortunately, all plan to attend the fall class I have scheduled for Columbia, TN the week of September 24-28, 2012. I can hardly wait to meet them.

Normally, I would probably cancel such a small class when I have to travel, but one of the students, Samuel Alabi, came all the way from Lagos, Nigeria. His company is headquartered in Houston so he is spending a couple of more weeks in the US.

The other student, Georgette Correa, works right around the corner from where we held the class so I decided to go ahead and make it happen, , , and I’m so glad I did.

This was just a FUN CLASS, , , both Georgette and Samuel are extremely likable and fun to be around, , , we laughed quite a lot in this class. Small classes are not quite as profitable for us, but the positive thing is I’m able to get to know the students much better than in a big class, , , and, I’m “helping IT managers of the world achieve more success” , , , one manager at a time.

It’s worth the effort.

Driving around my old neighborhood brought back some great memories, , , plus I was able to have dinner with my brother, Mark.

On another night, I met Tom Mochal at the Cheesecake Factory in Perimeter Mall where we met one another for the first time in 2002. Tom and I have become close and share ideas with each other in meetings and our wives enjoy getting together.

Joining us was Craig Telfer, a long time friend who I worked with in two companies. It is always good to see Craig and I consider him a “brother”.

Dexter Oliver and his best friend for many years, Irvin, also joined us for dinner, , , I met Dex in February 2007 when he attended the IT Manager Institute (#23) in Nashville, TN. Dex hosted this Atlanta class and has sent 10 or more of his managers through the program over the years we have known one another. He is a great guy.

I was remiss not to get a photo of the dinner with Tom, Craig, Dex and Irvin.

But, , , here are a couple more photos of the 51st IT Manager Institute class. 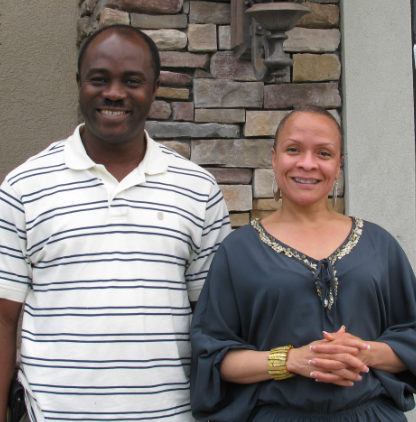 Samuel and Georgette after a great meal at Ippolito’s

Here are a few of their comments:
“This course is the best course pertaining to IT that I’ve ever taken. I highly recommend it for anyone in IT – not just managers.”

“Mike Sisco is ranked, in my book, one of the greatest teachers. He has made a huge impact in my thought process in reference to my IT career.”

“The content is very much a “must know” for IT managers who are hungry to succeed.”

“This is a mini MBA for IT managers.”

Like Loading...
This entry was posted in IT Manager Institute and tagged it manager institute, it manager training, itbmc. Bookmark the permalink.