Golf is a model for other sports

Those are just a few issues why I believe golf is a model for other sports. 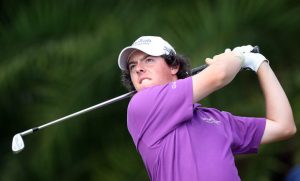 I watched thethird round of the 111th US Open today and it was great. A 22-year old Rory McIlroy from Northern Ireland walked the fairways with fans applauding and pulling for him from all over the world. The reason is because of his character and how he handles himself, , , he is a model for young people to look up to.

Americans like “our Open” to be won by Americans so we usually pull against Europeans. In this one, we hope Rory wins because he has paid his dues by losing a heartbreaker at this years’ Masters, , , but he handled it like a gentleman and with maturity in every way.  He didn’t blame everyone for his failure, he took responsibility like a man far beyond his years. How he handled the situation and how he goes about his business has won him millions of new fans, , , he is golf’s next superstar, , , but you know what, he will earn it, , , it won’t be given to him.

As an IT manager, are you building an organization that’s viewed as having a lot of character and ethics, , , or one that’s viewed as just collecting your pay? How you approach work every day and what you get accomplished tells volumes about who you and your organization are and influences how your clients deal with you.