CEO doesn’t allow use of the overhead paging system 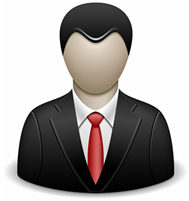 I was with a company once where it was common knowledge that the CEO would not allow anyone to use the overhead paging system. As a software development and support company, our rather large Help Desk organization had a true need to locate key people from time to time, , , and so did our switchboard operator. After all, we were a service organization.

When asked about the “no overhead paging” policy, the CEO was confused, , , you might say, even shocked.

No policy existed and he thought the need was certainly appropriate.

The reason everyone thought a policy existed that prevented the use of overhead paging was because when the company was much smaller (and everyone was in the same small building), the CEO discouraged it when clients or prospects visited their offices. He thought it was disruptive to the sales process and less professional, , , but that was 5-6 years ago.

Years later, employees were in several buildings with many floors and separate areas for things like Help Desk. In fact, the executive wing and conference areas where prospects and clients met with sales people was in a completely separate area and even had the ability to have the paging system turned off in their area, a requirement the CEO had installed when the company moved to a larger building.

The CEO had no issue whatsoever in preventing support groups from using the paging system. In fact, he made the comment, “I don’t know how you function without using it.”

The lesson: Sometimes, things exist because people think there is a reason but there may not be a reason at all. If it’s worth doing, go ask about it, , , you might find as our company did that a long standing taboo didn’t really exist at all.